EPLPicks_Events
Edmonton Public Library
Staff-created list
In June 2003, former WWE wrestler Dr. Chris Nowinski suffered a serious concussion that threatened his health and cost him his career. After visiting with Dr. Robert Cantu, Dr. Nowinski realized there was a lack of awareness among athletes, coaches and even medical professionals around concussions and brain trauma. This led him to write the critically acclaimed book, Head Games: Football's Concussion Crisis in an effort to educate the world about this serious public health issue. In 2012 the book was adapted for the popular documentary film of the same name, Head Games. If you want to learn more about concussions in sports, check out these films and books available at EPL.
By: 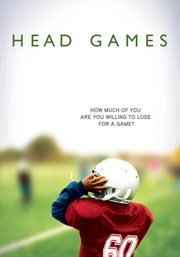 Truth Doesn't Have A Side
My Alarming Discovery About the Dangers of Contact Sports
by Omalu, Bennet I.

Game Change
The Life and Death of Steve Montador and the Future of Hockey
by Dryden, Ken

The Concussion Crisis
Anatomy of A Silent Epidemic
by Carroll, Linda

The Concussion Crisis
by Carroll, Linda

League of Denial
The NFL, Concussions, and the Battle for the Truth
by Fainaru-Wada, Mark

Throwaway Players
The Concussion Crisis : From Pee Wee Football to the NFL
by Culverhouse, Gay